Your One-stop Solution For Pain

Does Obesity Cause Back Pain?

A review from 2015 published in the American Journal of Epidemiology assessed data from 95 high-quality studies and concluded that the risk of lower back pain was directly related to increases in body mass index.

Read on to learn more!

How Obesity and Back Pain Are Related 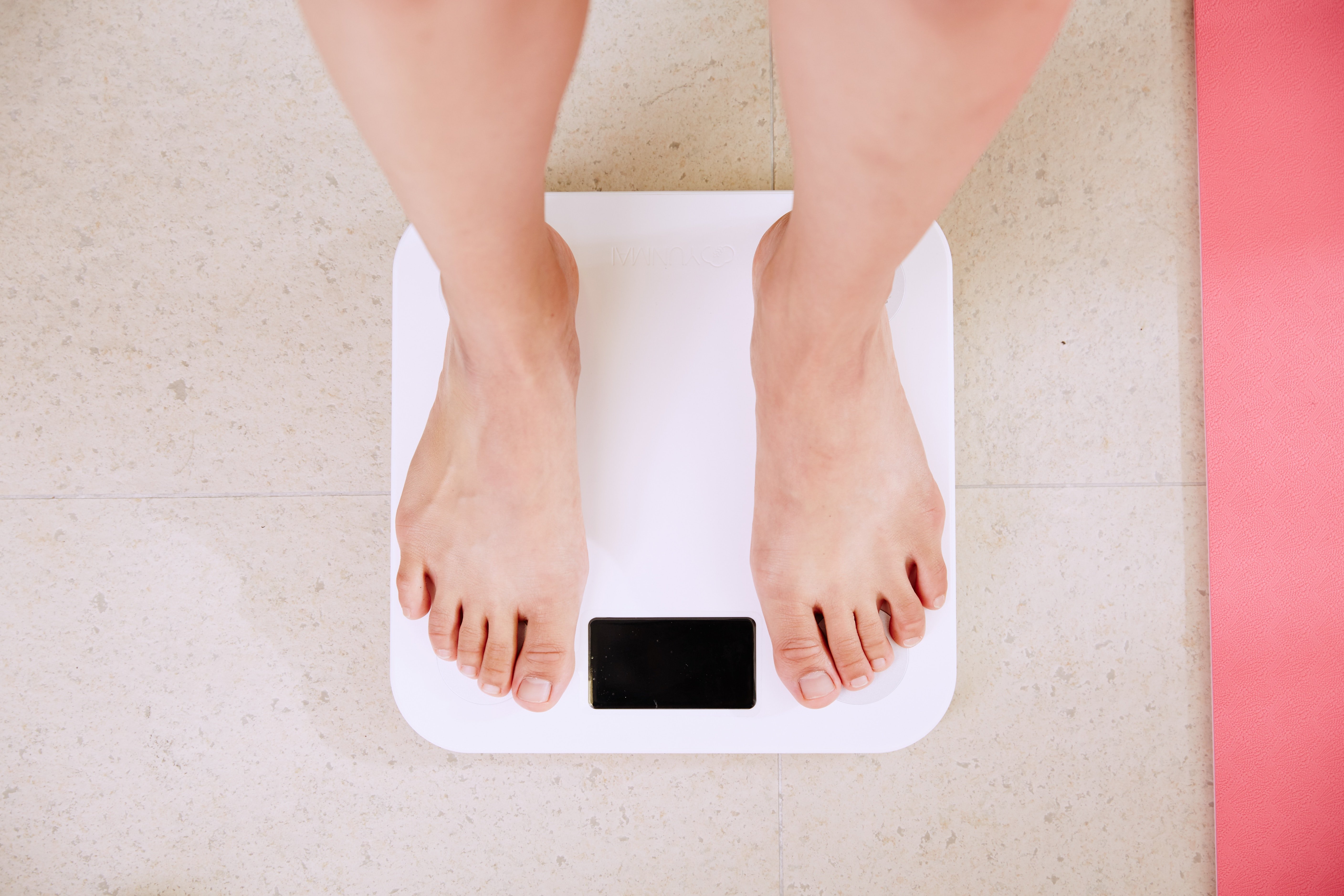 If you ask 100 people if they think obesity can cause back pain, at least 90 of them are going to say yes.

And they'd be right, right?

It seems reasonable to suggest that obesity places undue stress on the pelvis, back, and spine, which would trigger the development of chronic back pain.

However, the association between the two has long been a point of contention between researchers.

You have one group of researchers who believe the cause-and-effect is clearly established.

The excess weight pushes the pelvis forward and thereby strains the lower back.

Then there's another group of researchers who believe that body mechanics alone is a far too simple explanation for a condition that varies significantly from one person to the next.

Even people of similar age, body type, and experience will see varying differences in their back pain or lack thereof.

In the article below, we will explain both groups stances, and find out of obesity and back pain are related, or if it's more complicated than that.

Research Supporting Obesity As A Cause

From a purely statistical point of view, there appears to be a strong and almost incontestable association between weight and lower back pain.

A review from 2015 published in the American Journal of Epidemiology assessed data from 95 high-quality studies and concluded that the risk of lower back pain was directly related to increases in body mass index.

That didn't come as a surprise. According to the research, people of healthy weight were at the lowest risk, overweight people had a moderate risk, and obese people had the highest risk overall.

The study also found that overweight and obese people were more likely to require medical care to treat their pain.

Another study in 2017 from the University of Tokyo Hospital in Japan came to a similar conclusion.

The study reviewed the medical history of 1,152 men from 1986 to 2009, and the researchers found that a person's body mass index, combined with the body fat percentage, directly corresponded to both the risk and rate of back problems.

Related Post: How to create a spine friendly work space 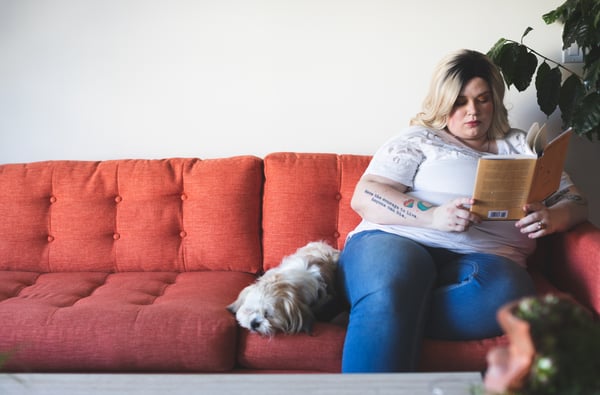 Research Questioning Obesity As a Cause

There is still a group of researchers that insist that the relationship isn't so cut and dry.

Another study from 2017 by Cornell University aimed to evaluate which types of back or spine problems were related to obesity.

The researchers found that obesity was a strong predictor of lower back pain and internal disc disruption, but not neck problems or spine degeneration.

This suggests that while a connection exists, there are likely other factors beyond body mechanics that contribute to back pain.

If there weren't, we would have seen the same increase among all four conditions.

The researchers believe that increases in adipose tissue may trigger metabolic changes that play as much a part of back troubles as the weight itself.

It's also possible that weight isn't the cause of back problems but just a complicating factor,

A study published in the Medical Archives Obesity in 2015 came to this conclusion after reviewing the medical history of 101 men employed in similar job types.

It was determined that obesity did not exert a direct influence on back pain but rather hastened or worsened underlying disorders.

As far as biomechanics are concerned, obesity was seen to cause the abnormal redistribution of body weight that simply added to the wear-and-tear that already existed. 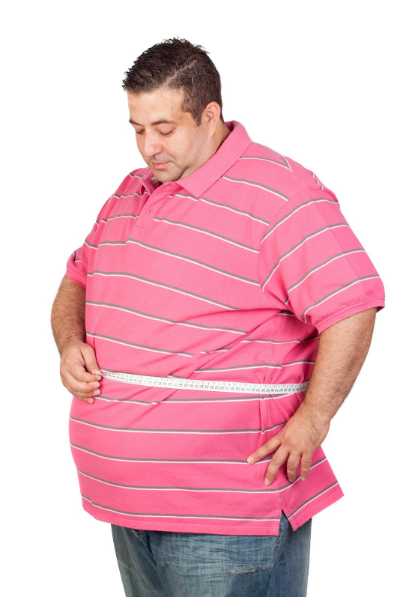 Back Problems Affected By Obesity

Whether obesity is the cause or just a contributor to back pain shouldn't make a difference.

It's clear that the excess weight can do the back little good.

As a structure that supports your entire body and influences movement, your back has a normal spinal curve that is most effective in a neutral position.

If you become obese, any added weight in the midsection shifts the pelvis forward and causes the spine to curve excessively inward.

This is called hyperlordosis, or swayback.

It's a condition that exerts abnormal pressure on back muscles that are forced to bear the extra weight.

Exercises designed to strengthen the lower abdominal muscles may help counteract this effect and bring the pelvis back into a neutral position.

More importantly, though is that weight loss is key to relieving the strain on the back and spine.

Another common condition that obesity can exacerbate are herniated discs.

They are one of the more common spine injuries for which people seek care.

If you're obese, your body mechanics may play a role in the onset and duration of a herniated disc. You're also more likely to require surgery to repair the herniation compared to people of normal weight. 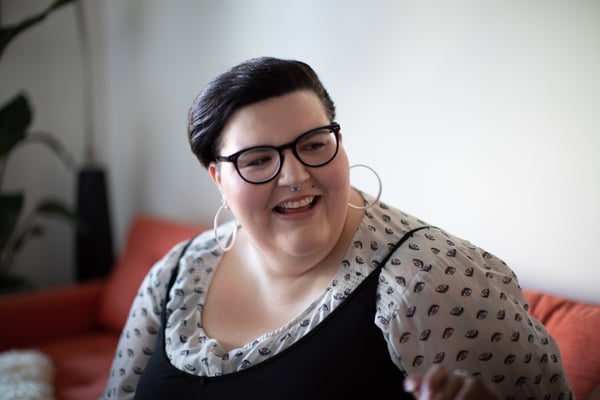 Obesity and Back Pain

If you're obese, the extra weight you're carrying around may be placing undue pressure on your back and spine.

That doesn't mean it's the only cause, though.

If you're experiencing back pain of any sort, you should see a chiropractor so they can determine the underlying cause of it, the contributing factors, and develop a treatment plan tailored to your needs.

Your chiropractor can also recommend diet and exercise changes that will help you lose the necessary weight.

It's best to get started with your chiropractor sooner rather than later, so your back pain and the underlying issues don't get any worse.

To speak our Chiropractor for back pain in Florida, click the button below.

The Original Article Is Here

Written by Florida Spine and Injury

Home
About Us
Services
Car Accidents
Resources
Locations
Contact Us

The Florida Spine and Injury Chiropractors offer patients Chiropractic care for injuries and pain from which they are suffering. We also work with Car accident injury victims to assist them with the recovery process and provide them with attorney referrals and proper medical documentation.