Your One-stop Solution For Pain

Chiropractic Care has Helped Fight the Flu Since 1918.

Some "lucky" people to survive the flu pandemic of 1918 got a lot of attention during and after the break out.

Chiropractic research at the time led to pockets of communities where doctors administered spinal adjustments that focused on the health and well-being of the nervous system.

In Davenport, Iowa, 9.2% of flu cases that sought medical attention died during the pandemic. However, only .0025% of patients receiving chiropractic adjustments passed away.

How Chiropractic Adjustments Can Help Fight The Flu 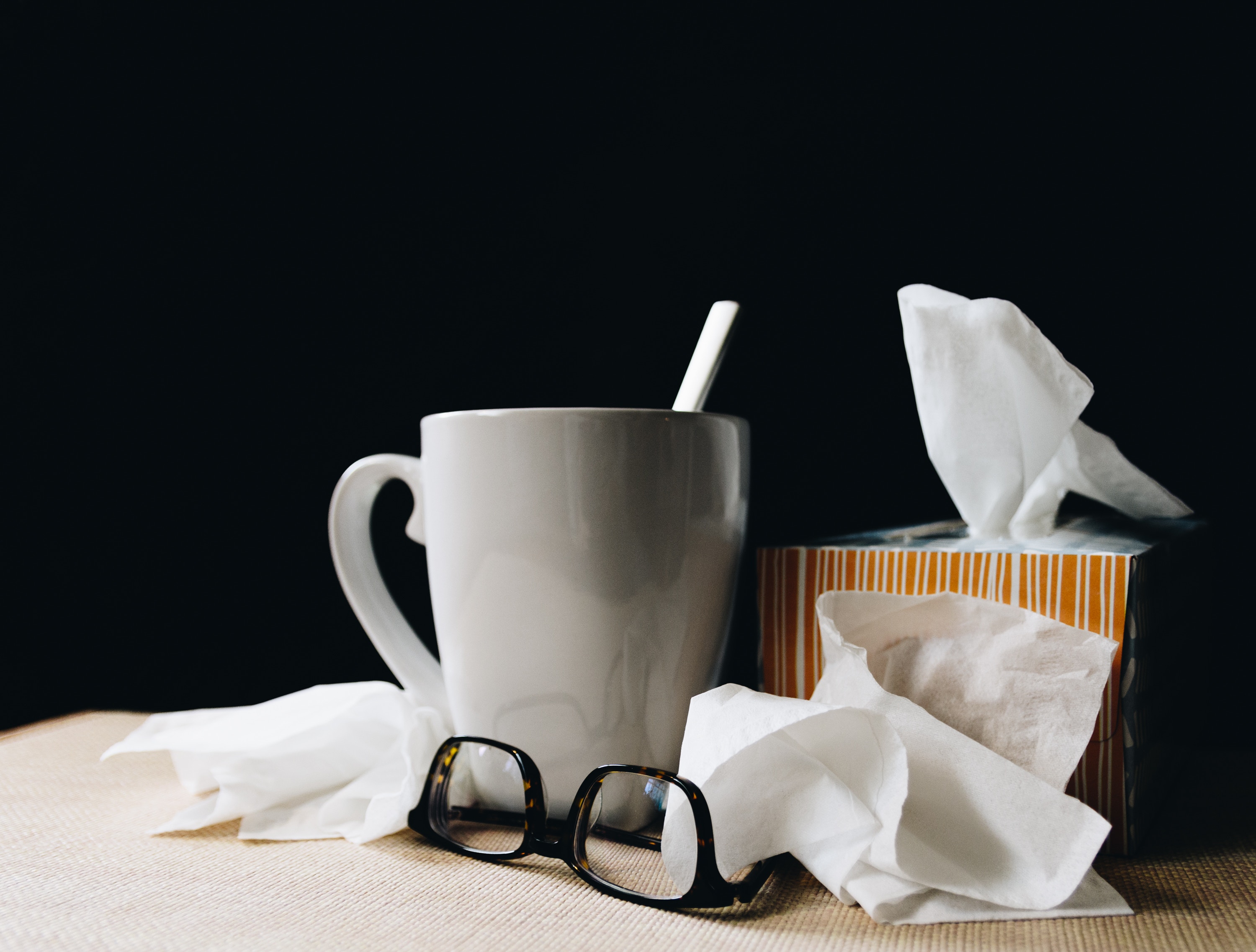 Chiropractic Care and the Flu in the U.S.

According to the Centers for Disease Control and Prevention (CDC), between 5% and 20% of the U.S. population comes down with the flu each year.

Of those, as many as 200,000 people are hospitalized for their flu-related complications.

It's one of those things we can always be sure of.

The opposite of up is down, after day comes night, and every year there will be a flu season.

It's an unfortunate truth of our reality.

Luckily for most of us, it's not a big deal.

We suffer for a few days, but everything goes back to normal after that.

It's a different story for the very young and the very old where getting the flu can be devastating.

The flu shot does a good job protecting them for the could-be deadly-sickness if they get it on time every year.

However, for most of us, doing things like staying hydrated, taking probiotics, and getting extra vitamin C, iron, and vitamin D3 will get us out of the woods.

There is, however, a treatment no one thinks of when talking about the flu:

Chiropractic care treats more than just back pain, and can actually help you prevent and fight off the flu. 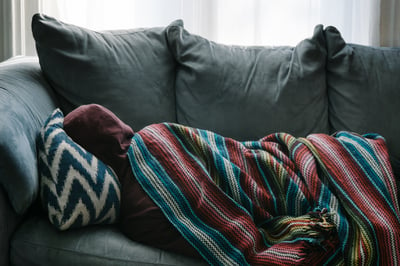 Chiropractic Care And The Flu Have A Long History

It dates back all the way to 1918 when the flu pandemic helped contribute to the growth of the chiropractic profession.

The flu pandemic of 1918 produced the deadliest infection in modern history.

It infected around 500 million people throughout the world.

That was one-third of the world's population at the time.

It ended up killing between 20 and 50 million people.

That's the equivalent to wiping out the entire state of California.

About a quarter of the United States population became ill, and over 500,000 Americans died during the pandemic.

At the time there were no effective medications that could be used to fight the virus.

There were no treatments or means of preventing the spread of the strain.

The only thing people could do was wear masks over their face while they were in public. Public places and schools were closed during the pandemic. 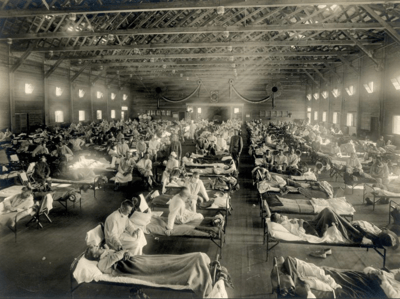 However, not everyone succumbed to the virus.

The people "lucky" enough to survive the pandemic started to get a lot of attention during and after the break out in 1918.

Chiropractic research at the time led to pockets of communities where doctors would administer spinal adjustments that focused on the health and well being of the nervous system.

In Davenport, Iowa 4,935 cases of the flu were treated by 50 medical doctors. Two hundred seventy-four of those patients passed away.

Approximately 150 chiropractors cared for 1,635 patients with the flu and only had one death occur.

9.2% of flu cases the sought medical attention died during the pandemic.

However, only .0025% of patients receiving chiropractic adjustments died.

The flu pandemic of 1918 thrust chiropractic care into the national spotlight as an alternative form of health care that focused on the power of your body.

Could a Flu this Severe Happen Again?

Many experts warn of a global influenza pandemic that could be triggered by massive integration and intermingling of the world populous through mass transit.

The CDC advocates that flu vaccines provide the best method of prevention.

However, the greatest health advocate at everyone's disposal exists in the form of the power within our bodies.

Our brains and central nervous systems are built for our health and well-being. 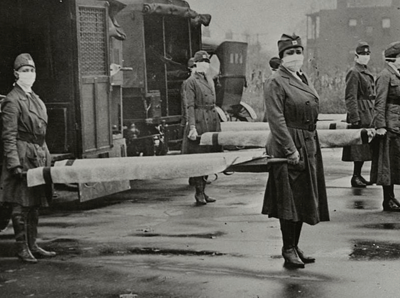 In 2010, a research study was conducted by the journal of chiropractic and Osteopathy.

The study took 74 people of the same age and sex and assigned them randomly into three groups.

The first group was the control group.

Blood samples were obtained from the subjects before, 20 minutes after, and two hours after their treatment.

Immunoglobulins are antibodies that act as defenders for the body.

The production of interleukin-two induced Immunoglobulin G, and immunoglobulin M was significantly increased in cultures from subjects treated with spinal manipulation.

Twenty minutes after the manipulation, immunoglobulin G synthesis was significantly elevated in subjects that received manipulation with the popping relative to the control group.

Two hours after the treatment, immunoglobulin M synthesis was found significantly elevated in subjects who received manipulation relative to the control group.

This study explains why chiropractic should play a role in immune-boosting strategies for both children and adults.

The same adjustments that saved countless lives during the 1918 flu pandemic are available today in Chiropractic clinics all over the world.

As flu season arrives, one of the best things you can do as a family is take a trip to see your chiropractor. 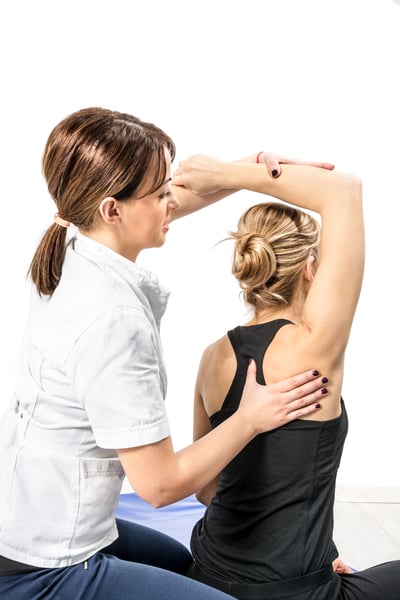 Chiropractic Care Is About More Than Back Pain

Preventing and recovering from the flu is just one example of how an optimally functioning nervous system maintains a body capable of overpowering disease.

Our bodies manufacture billions of new cells every day and continuously fight off foreign invaders and diseases.

The spine's intimate relationship with the brain and central nervous system is the key to better health and disease prevention.

When your spine is properly aligned, it moves fluidly and allows the body to communicate between organs and the immune system.

Chiropractic care is so much more than pain relief.

Chiropractic adjustments boost the production of Interleukin-2, a protein that regulates the activities of immune-fighting white blood cells.

The flu vaccine is a necessary precaution, but no vaccine can replicate the power already present in the human body.

Proactive Health Care begins with a trip to the chiropractor.

Whether it's flu season or not, it is always a good idea to see your chiropractor.

If you've never been before, your chiropractor will do a comprehensive physical exam, and get your medical history so a treatment plan can be designed just for you.

Whether you need to fix your back or just want to keep your body in tip-top shape, a visit to the chiropractor is just what the doctor ordered.

If you don't have a chiropractor, the doctors at Florida Spine and Injury would love to take care of you.

If you enjoyed this check out our blog on Are Nutrition Labels Accurate?

Written by Florida Spine and Injury

Home
About Us
Services
Car Accidents
Resources
Locations
Contact Us

The Florida Spine and Injury Chiropractors offer patients Chiropractic care for injuries and pain from which they are suffering. We also work with Car accident injury victims to assist them with the recovery process and provide them with attorney referrals and proper medical documentation.