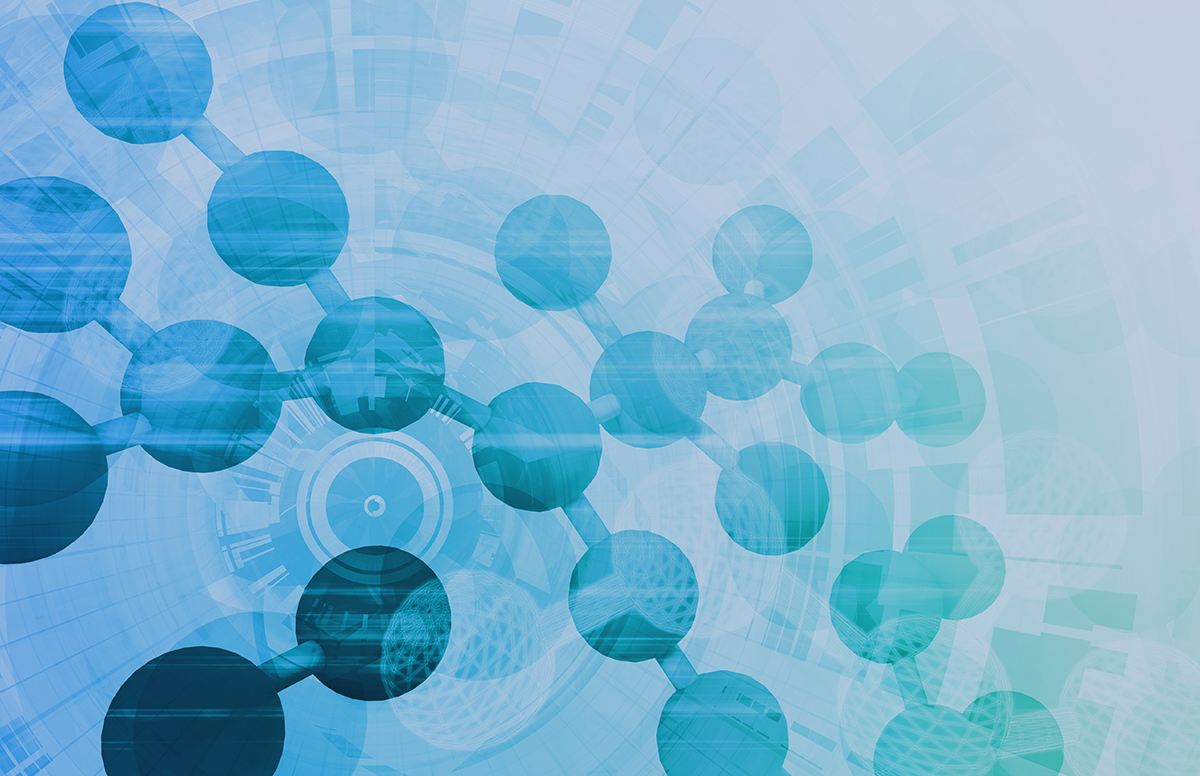 To a person, every single personal injury lawyer I’ve sat down with says their biggest frustration with “soft tissue” cases is a lack of objective evidence.

When there is no gold standard imaging study to demonstrate injury, the case essentially hangs on the subjective symptoms from the client and the treatment notes from the doctors on the case.

As you sit and read this newsletter today, your entire career is about to change. Recent technology has provided us with a cutting-edge, highly specialized type of MRI that actually demonstrates concrete proof of ligament damage in the spine! 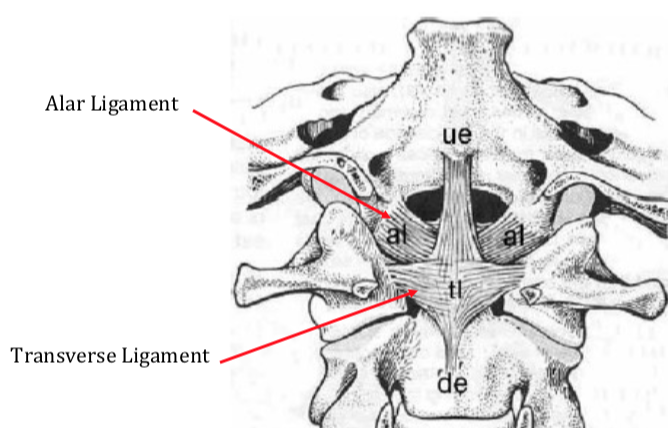 A Brief History of MRI's

This imaging protocol was originally developed by a group of Norwegian researchers led by Jostein Krakenes PhD. Their goal was to determine why certain groups of patients involved in motor vehicle collisions suffered from severe chronic pain in the absence of disc injuries, fractures, or dislocations.

The problem that they faced is that traditional MRI scans offered no value in diagnosing ligament injuries.

The average MRI scans from the second vertebrae in spine (C2) down to the first or second thoracic vertebrae, and doesn’t use the proper imaging sequences to even view ligament injuries. 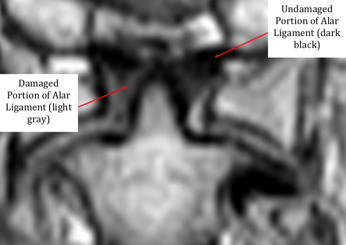 A standard MRI uses imaging techniques that are designed to show in- juries to the disc and nerves. The Krakenes group made two major changes in their MRI protocol that has revolutionized the proof of whiplash injuries.

First, they performed scans that visualized the region of the spine just beneath the skull where the top vertebrae in the spine are located.

In order to visualize these structures (which a normal scan doesn't show at all) they had to utilize a specific MRI technique called a proton-density weighted sequence with fat suppression.

With this imaging sequence, ligaments can be seen in the cervical spine as dark black if they are healthy, and lighter gray if they have been damaged. These gray are- as are called high signal changes, and can be seen in the image shown above.

This is because after an injury, scar tissue that builds up in the damaged ligaments, creating a mottled gray appearance on the proton density sequence.

In the journal Neuroradiology in November 2009 Krakenes remarked, "High signal changes of the alar and transverse ligaments are common in whiplash and unlikely to represent age-dependent degeneration.”

So how do we know that these changes on MRI are unique to whiplash, and aren’t just normal age dependent degeneration? Krakenes addressed this in a paper published in Spine in 2006. 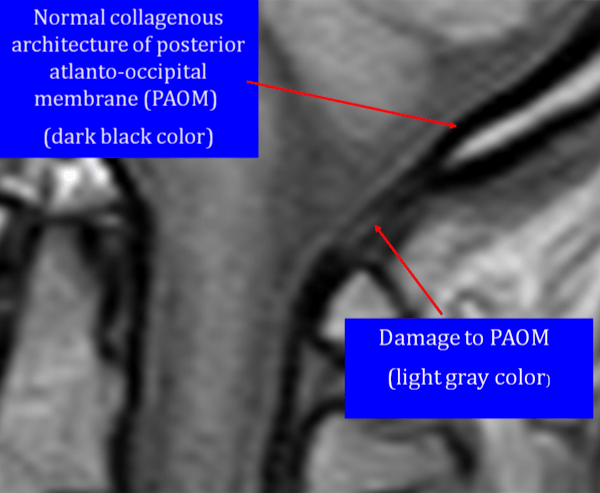 They found, “the number of high-grade changes in whiplash patients compared with non-injured individuals indicates that these lesions are indeed caused by a whiplash trauma...

Our findings add support to the hypothesis that injured soft tissue structures in the upper cervical spine, particularly the alar ligaments, play an important role in the understand- ing of the chronic whiplash syndrome.”

So what's so important about ligament injuries? Damaged ligaments are the culprit in most chronic whiplash pain, but until recently there has been no direct method for imaging the injury.

When dealing with ligament in- juries, it's important to remember the “3 P’s”. Damaged ligaments are:

The Krakenes group actually performed a study that correlated the severity of damage to the ligaments to the amount of pain and dysfunction, using a questionnaire called the Neck Disability Index. Not surprisingly, they found that the more severe the damage was to the upper cervical ligaments, the more pain and interference with activities of daily living.

So how can you start using this type of technology with your clients? At our office we will sit down with and walk you through the technology behind the “soft tissue MRI” and how it can be used to completely revolutionize the litigation of soft tissue injuries in your practice.

Think of it this way– while the average person doesn’t know what an ACL is, they know that tearing this important ligament in the knee is a severe injury.

Torn ligaments in the neck that occur during whiplash injuries are just as severe, more painful, and nearly impossible to operate on.

With this understanding, you can use the evidence our clinic will provide you to communicate with adjustors, defense attorneys, and your injured clients.