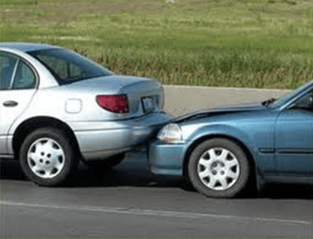 What is junk science, and what does it have to do with personal injury?

My definition of junk science is the twisting of a set of facts to fit a particular viewpoint.

Unfortunately this is a very common phenomenon in motor vehicle collision cases, where there is often a vested interest in implying that the injured person is not really hurt or wasn’t hurt from the car crash in question.

The next newsletters in our series will address some of the common myths you might encounter in your practice and what the scientific literature actually says.

A common myth is that of a magical threshold of injury set at 5 mph delta v. To examine this principle, we first must understand exactly what delta v is.

This is a term commonly used in physics that simply means change in velocity (delta represents change and v represents velocity).

In the case of a motor vehicle collision delta v represents how fast the car that was struck (known as the target vehicle) was pushed by the vehicle that initiated the collision (the bullet vehicle).

For example, when a car is stopped at a light and struck from behind by another vehicle causing it to lurch forward at a speed of 10 mph, this is a delta v of 10 mph, since the starting speed of the car that was struck was 0, and it was pushed forward to a speed of 10 mph.

Now that you understand the concept, why should you be concerned about it with motor vehicle collision cases?

Because a common junk science myth that has been propagated in much of the literature is that injury cannot occur in collisions with a delta v of less than 5 mph.

This has been set in many circles as the “holy grail of injury”, and like many examples of junk science continues to be quoted by many so called experts.

So where did this 5 mph figure come from? This figure seems to emerge from the work of Bio-mechanist Whit McConnell and his company Bio- Dynamics Research Corporation.

This group, based out of San Antonio, has published a significant amount of research, much of it funded by insurance companies.

In their crash test studies they found that injury could occur in collisions with delta v greater than 5 mph. From these studies the infamous 5 mph threshold was born.

So what’s the problem with this conclusion? For starters, McConnell’s research subjects hardly represented a normal cross-section of the population.

In their human crash tests they used primarily fit, young to middle-aged ex military men who were braced for impact.

This in no way accounts for occupants at a higher risk of injury such as women, seniors, or those not prepared for impact.

Furthermore, McConnell himself has signed sworn affidavits stating that the purpose of his research was never intended to achieve a statistic or threshold for injury. So it is a blatant misuse of his data to try and construe it as an injury threshold.

What The Literature Actually Says 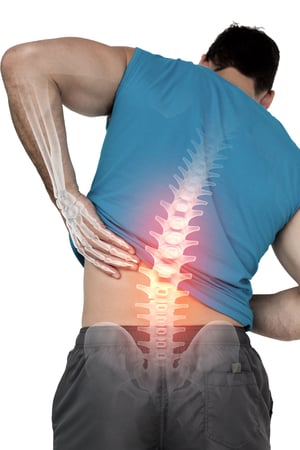 Many of these studies provided an accounting of injuries suffered immediately, as well as at various follow up intervals.

Brault et all have published a fairly significant body of research that measured forces sustained in car crashes.

In one study they found that 28% of subjects sustained injury in crashes with a delta v of 2.5 mph. Croft et al have performed hundreds of crash tests, and found injuries occurred at delta vs rang- ing from 4.1 to 8.3 mph.

Jakobssen found a range of 3.7-13 mph was capable of producing injury. Bartsch et al investigated 98 crashes and found the mean delta v for subjects who were injured was 3.97 mph.

In an analysis of whiplash claims, Elbel et al found that delta v was a very poor predictor of injury risk.

Some people were hurt in collisions with a very low delta v, and others were in crashes with much higher delta v and were uninjured.

“Delta v is an irrelevant predictive value for cervical spine injury after MVA.”

For starters, it is not possible in modern society to perform research with the intent to injure or harm a subject.

This is a blatant violation of the Helsinki Doctrine that governs human rights in research. Even if we were capable or performing these types of studies the factors that dictate injury threshold are so numerous it is impossible to control for all of them.

Risk factors include pre- existing degenerative findings, female gender, use of seatbelt, head turned at impact, and dozens of other factors.

This is precisely why the determination of injury simply cannot be made by an auto crash reconstructionist (ACR) or biomechanics expert.

It must be determined by a qualified medical expert trained in the evaluation and diagnosis of motor vehicle collision occupant injuries.

An accurate diagnosis of injury comes from a complete history, examination, and correlating these with objective diagnostic testing.

So how can you deal with the assumptions often made by ACRs and other experts?

“The fact is that that the ACR is often forced to make not one but often multiple estimates of the values for variables to be used in his calculations".

This can lead to accumulating errors in his string of calculations. Thus, the reliability of low speed ACR is likely quite low.

And, since it has not been validated in any case, the fact that its reliability is unknown should leave it vulnerable to a Daubert challenge.

Beyond that, there is an implicit assumption that there is a known threshold for risk that can be applied to any given plaintiff which ostensibly allows the ACR to conclude that injury would have been either likely or unlikely.

Again, this assumption should fail a skillfully executed Daubert challenge.